Meet The Creative Team of 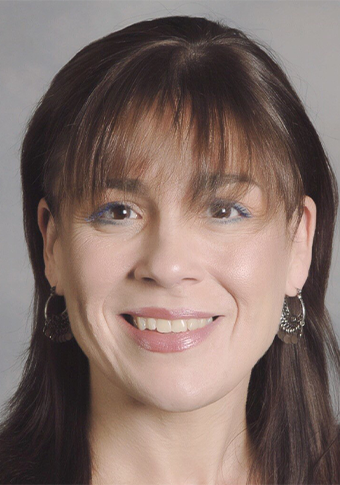 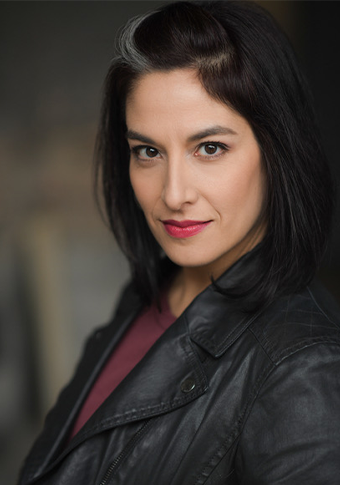 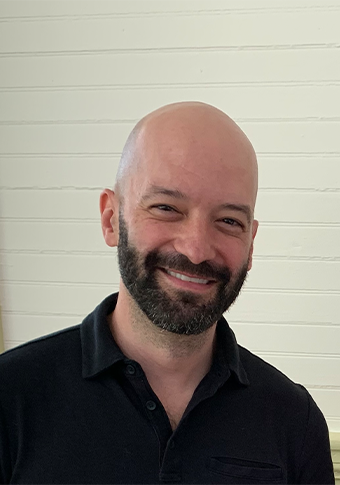 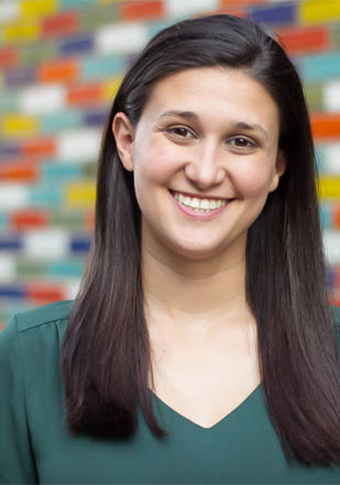 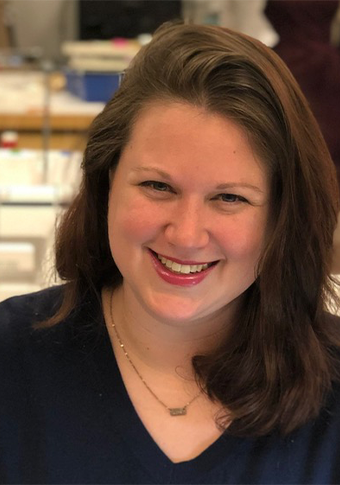 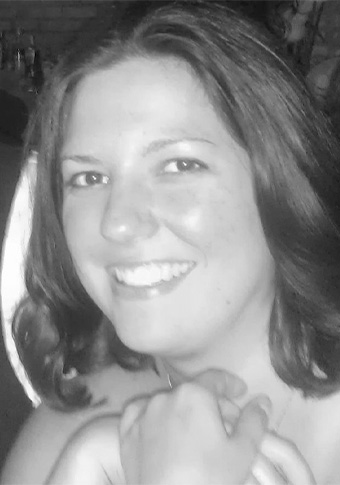 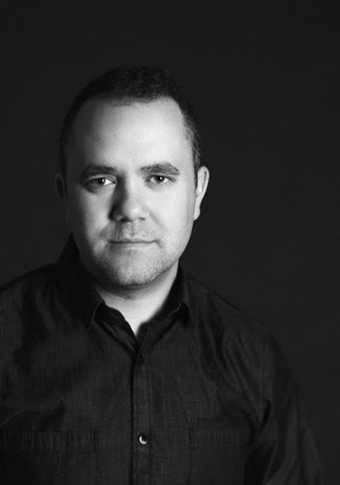 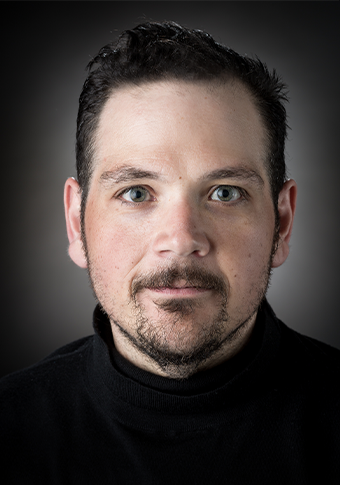 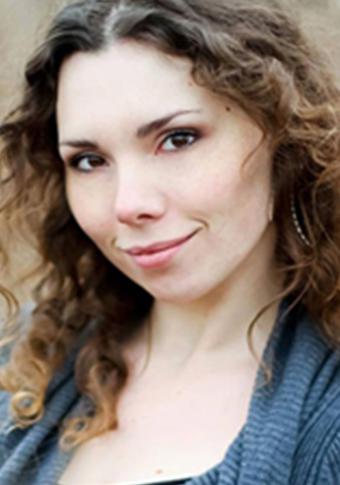 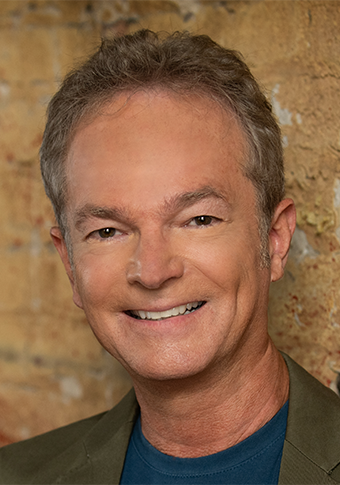 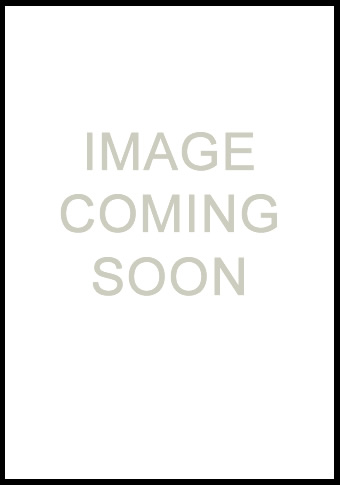 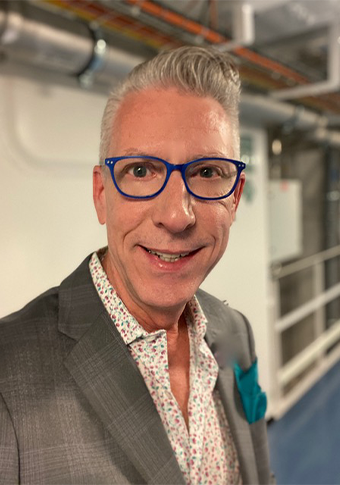 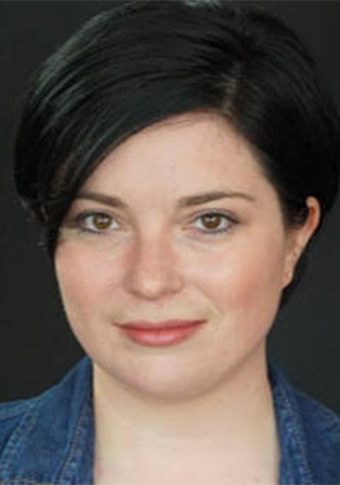 LYNNE KURDZIEL-FORMATO (Director and Choreographer) is thrilled to be back at the wonderful Drury Lane after the pre-pandemic, JEFF Award winning production of An American in Paris. As a professional director/choreographer and educator, Lynne has over forty years of experience, and still loves every minute of a life in the theatre.

Recent production credits include: for the Fredericia Teater, Director/Choreographer for the European premiere of Disney’s Aladdin, Scandinavian premiere of Disney’s The Little Mermaid, Danish Premiere of Disney’s Tarzan (winner of the 2019 Reumert Award for Musical Production,) the professional Danish Premiere of Young Frankenstein and Choreographer for the Scandinavian premiere of The Hunchback of Notre Dame (winner of the 2017 Reumert Award for Musical Production,) remounted for the Gothenburg Opera in Sweden. Directed and choreographed Disney’s The Little Mermaid in Sao Paolo, Brazil for IMM Live TDA at Teatro Santander 2018 and 2022, Disney’s Beauty & the Beast for MisiProducciones in Bogota, Colombia, The Producers (2017 Artie Award winner for Outstanding Production of a Musical, Broadway World Award for Choreography,) the critically acclaimed Spamalot (Artie Award for Outstanding Choreography,) both for the Kavinoky Theatre in Buffalo, NY and Memphis (regional premiere) for Arkansas Repertory Theatre in Little Rock. Lynne has been the recipient of numerous awards including the 2004 Artvoice Career Achievement

Award, a 2006 Katherine Cornell Award presented to visiting artists for her choreographic work on Musicalfare’s Urinetown, the 2005 Milton Plesur Award for Excellence in Teaching from the University at Buffalo, the 1996 & Individual Artist of the Year & awarded by the Buffalo and Erie County Council on the Arts, recipient of the Elon College Faculty Excellence in Scholarship Award in 2007 and the Elon College

Faculty Excellence in Mentorship Award in 2016, was inducted into the St. Joseph’s Collegiate Fine Arts Wall of Honor in 2008, in 2017 The President’s Award from Dance Masters of America and in 2018 Lynne received a star on the Theatre District Association of Western New York’s “Walk of Fame” in Buffalo, New York.

SHANNA VANDERWERKER (Associate Choreographer) is an educator and choreographer in Chicago with a Bachelor of Arts in Dance from Point Park University. Favorite choreography credits include Mamma Mia at Music Theater Works, Sunset Blvd and Can Can at Porchlight Music Theater, Spamalot at Mercury Theater Chicago, Singin’ In The Rain, Newsies, 42nd St. and Saturday Night Fever at The Fireside Theatre in Fort Atkinson, WI. She received a Jeff Nomination for her choreography on Lysistrata Jones for Refuge Theater Project and has also been the Associate Choreographer for Pippin at Venus Cabaret Space, Matilda and Joseph at Drury Lane in Oakbrook. Shanna was Christopher Gattelli’s associate for over 10 years, working on The Song Of Bernadette set to come to Milwaukee spring of 2023, shows Amazing Grace and High Fidelity on Broadway, and Silence! The Musical at the NY Fringe Festival. In 2019 Shanna was named an Inaugural Honoree of the Rachel Rockwell Foundation’s Fierce Women Behind the Table by Porchlight Music Theater. As a performer and member of Actors Equity Association, credits include: Broadway and first national touring companies of Wicked, Evita (Drury Lane Oakbrook) and Beauty and the Beast (Drury Lane Oakbrook), Kiss Me, Kate (TUTS Houston), dre.dance company (NYC), and Kids of the Kingdom at Walt Disney World. After over four years as the Dance Captain of the First National Tour of Wicked, Shanna relocated to Chicago where she is on faculty at Columbia College Chicago and Visceral Dance Center. She also choreographs and teaches workshops for studios across the country. shannavdance.com

CHRISTOPHER SARGENT (Music Director) is thrilled to be the Musical Director for “Elf the Musical” at Drury Lane. In past years at Drury Lane he has MDed the Jeff Award-winning “An American in Paris” and “Beauty and the Beast”, and has conducted over a dozen productions. Other credits include “The Book of Mormon” (2nd National Tour), “Beautiful: The Carole King Musical” (National Tour), and “Billy Elliot” (Chicago). Much love to Deborah!”

KRISTEN MARTINO (Scenic Design) is returning to Drury Lane after previously designing Forever Plaid. Her work has been seen on stages in the Chicago area such as The Goodman, Steppenwolf, Porchlight Music Theatre, and Music Theatre Works. Kristen recently joined the faculty of University of South Florida as Assistant Professor of Scenic Design. Prior to this appointment, she has spent the last several years as an Associate Scenic Designer in the Chicago area which has given her the opportunity to work on museum exhibits, circus performances, and theatrical productions

ANTHONY CHURCHILL (Projection Design) collaborates on media for theatre, events, and installations. He is very excited to be back to Drury after working on Murder on the Orient Express September.  He has recently collaborated with FeverUp Productions, Marriott Theatre, Grand Rapids Civic Theatre, the U.S. State Department, Rivendell Theatre, Raven Theatre, The Cher Show, Q Brothers, and UIC.  Tony has been nominated for seven Jeff Awards for Projections, and awarded one. When not working on media, he enjoys sculpting tiny astronauts in peril, and exploring with his beautiful wife Sara, and rescue pitbulls Cheetoh and Douglass. www.artlabchicago.com

CASSY SCHILLO (Props Design Supervisor and Warehouse Manager)is thrilled to be with the Drury Lane family and honored to be a recipient of the 2019 Jeff award in Artistic Specialization for Properties design.  Drury Lane credits include Steel Magnolias, R&H The King and I, Evita, Holiday Inn, Forever Plaid, An American in Paris, Mary Poppins, The Color Purple, And Then There Were None, Matilda, Mamma Mia!, Disney’s Beauty and the Beast, Little Shop, Cat on a Hot Tin Roof, South Pacific, Joseph…, 42nd Street, Rock of Ages, The Gin Game, Chicago, Saturday Night Fever, Crazy for You, & Smokey Joe’s Cafe.  Jeff Nominated for DL’s Deathtrap as well as First Folio’s Salvage and All Childish Things. Designs in the Midwest include: productions for Marriott Lincolnshire, Theatre Wit, Theatre at the Center, Music Theater Works, Theo Ubique, Griffin, BoHo, Stage Left, Porchlight, Northwestern Opera, Piccolo, Sideshow, Black Ensemble, and Mammals. BFA from University of Wisconsin-Whitewater and training at Tisch School of the Arts.  Founding member of To the Point, a theatrical combat troupe that specializes in sword fighting & storytelling. Gratitude and love to Rodion and my family for their eternal

CAREY DEADMAN (Music Contractor and Arrangements) An active Trumpet player and orchestrator in the Chicago music scene for over 30 years, Carey has had the pleasure of performing with Frank Sinatra, Barbra Streisand, Sting, Adam Levine, Celine Dion, Michael Bublè, Mark Tremonti, Hugh Jackman and many others. Television appearances include Brian Wilson, Burt Bacharach, Ron Isley, David Foster, Bernadette Peters, Amy Grant and Under the Streetlamp. As an arranger/orchestrator Carey has written for several artists including Frank Sinatra, Peter Cetera, Lyle Lovett, Diana Ross, and has scored hundreds of TV and Radio commercials. Currently, Carey stays active in the recording studio, producing music for albums and video, and is also collaborating with Roberta Duchak in a new business enterprise called CabaretandConcerts.com.

feels right at home with the ladies in Truvy’s Beauty Spot. Larry’s first paying job was at the Queen’s Court Beauty Shop, in the suburbs of Chicago. Now he is here to support and celebrate the women of Chicago Theatre. Favorite credits include: Mamma Mia! With Susie, Elizabeth, McKinley & Johanna, Beauty & The Beast with Johanna and Crazy For You and Cat On A Hot Tin Roof with Janet. Thanks to Juli. This one is for Mom & Hollis.

JACI ENTWISLE (Assistant Stage Manager) marks her Drury Lane debut with Elf. Other Chicago credits include Dreamgirls, (Paramount), Lookingglass Alice (Lookingglass Theatre), Blue Man Group Chicago, Together at Last, Do You Believe in Madness?, She the People, and #DateMe (Second City), Layalina (Goodman Theatre), Victims of Duty, Simpatico (A Red Orchid Theatre), Travesties, Our Class (Remy Bumppo Theatre), Regional credits include Nothing to Lose (But Our Chains) and She the People (Woolly Mammoth Theatre).