This musical inspired by Alice Walker's 1982 Pulitzer Prize-winning novel needs room for songwriters Brenda Russell, Allee Willis and Stephen Bray's rousing and catchy R&B and gospel score. So as a result, many of the shocking revelations and plot twists of Marsha Norman's script adaptation often get reduced down to bullet points delivered at breakneck speed.

Yet somehow the musical's mad-dash feel gets mitigated in the emotional and richly rewarding debut of "The Color Purple" at Drury Lane Theatre in Oakbrook Terrace. Director Lili-Anne Brown and her amazing ensemble find subtle and insightful ways for the characters to reflect and breathe amid a speedy cavalcade of conflict and pain.

"The Color Purple" is centered around Celie (Eben K. Logan), who withstands so much horrific abuse as the show begins in 1911 within an African-American community in rural Georgia. The town's three gossiping church ladies (played with stylistic sass by Alexis J. Roston, Camille Robinson and Shantel Cribbs) are shocked that Celie is already pregnant with her second child at the age of 14, and that her own Pa (Sean Blake) is the rumored father.

Celie's one bright light in life is her encouraging younger schoolgirl sister, Nettie (Kyrie Courter). But the two get separated when Celie gets wed off to a physically and verbally abusive widower farmer known as Mister (Melvin Abston). He forcefully shuts down any and all communication between the sisters. Ground down by controlling thumb of Mister, Celie meekly takes inspiration from other strong women who barge into her life.

First there's the headstrong farm woman Sophia (Nicole Michelle Haskins). She fights back against anyone who crosses her, especially her new husband, Harpo (Gilbert Domally), and his feisty lover, Squeak (Melanie Loren).

And then there's the hometown return of the notorious Shug Avery (Sydney Charles), an ailing bisexual blues singer who was also former lover of Mister. In nursing the devil-may-care Shug back to health, Celie is taken aback by the feelings of love and desire that are awakened inside her.

Rather than playing Celie as an unfortunate cipher who recedes into the background, Logan makes it crystal clear that her Celie is constantly observing and taking in information. Director Brown also vitally makes time for Logan's Celie to quickly and quietly reflect and process everything that happens to her amid so much physical and emotional labor. 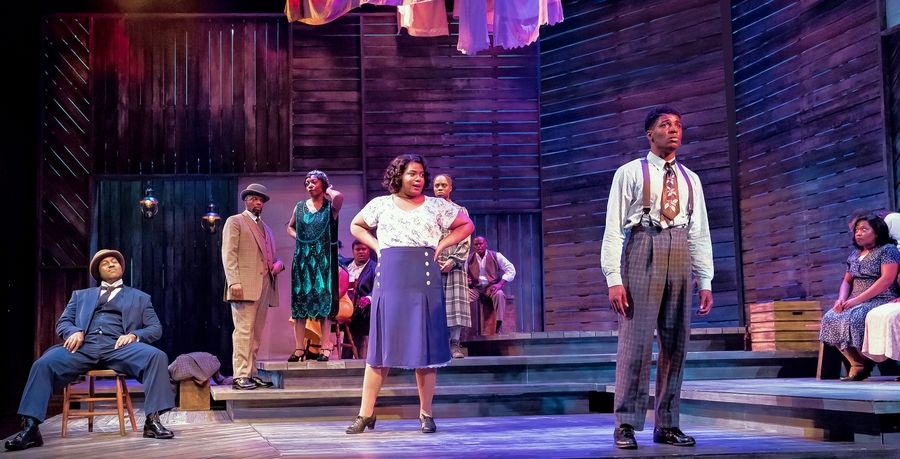 Brown has filled her ensemble with powerhouse performers, right down to the smallest roles. They all heavenly sing under Jermaine Hill's great musical direction, plus they're also able to play things both big and finely nuanced with Breon Arzell's joyous choreography. 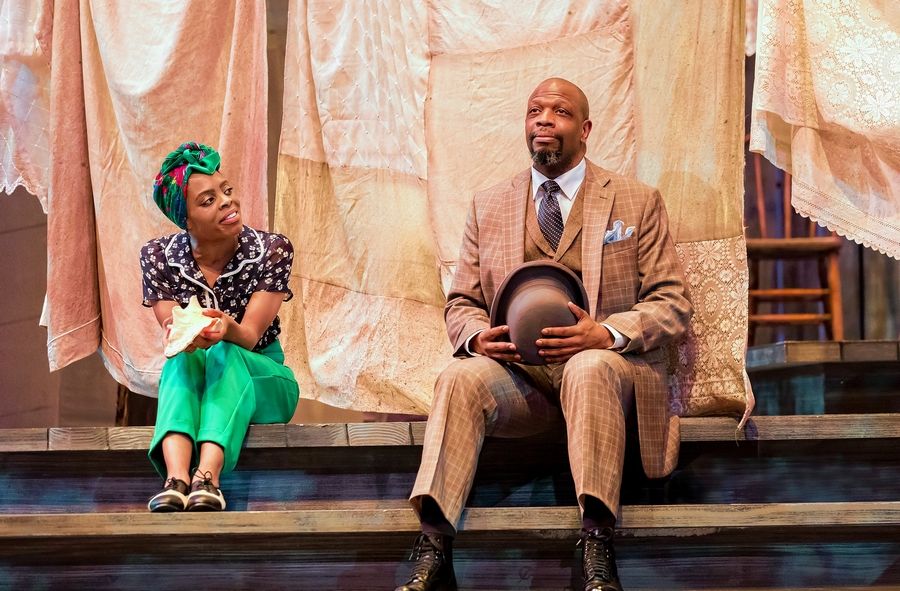 Despite some sound issues on opening night, Drury Lane's "The Color Purple" proves to be an emotionally resonant experience that consistently rings true. And that's even with the musical waging a beat-the-clock relay between its script and score.