Drury Lane's 'And Then There Were None' revival brings chills, laughter

Little happens on suburban or Chicago stages except by design. And in Drury Lane Theatre's urbane and unexpectedly amusing "And Then There Were None," that includes laughter.

In her program notes, director Jessica Fisch describes the production as joyful and playful. While that may seem an unusual approach for a play about serial killings, it works.

One doesn't expect an Agatha Christie murder mystery to elicit chuckles when a character gets struck by a bullet, injected with poison or felled by a statue. But that's how the opening night audience responded to this sly, briskly paced revival, which Christie adapted from her seminal 1939 novel.

Maybe fear caused them to laugh. Better to laugh than scream at this tale about 10 people, each possessing a secret and a guilty conscience, invited by unknown hosts to a lavish island estate off the English coast. There, Christie serves them their just desserts under chilling circumstances, recalling the macabre nursery rhyme "Ten Little Soldiers." 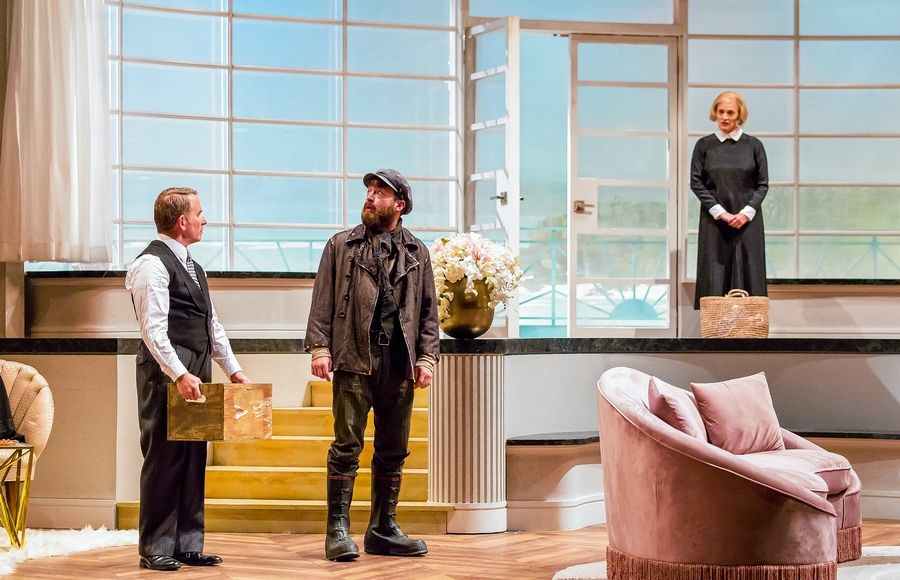 The estate's servants (Paul Tavianini, left, and Jennifer Engstrom, right) prepare with the boatman (Casey Hoekstra), center, for the arrival of the guests in director Jessica Fisch's production of Agatha Christie's "And Then There Were None" at Drury Lane Theatre. - Courtesy of Brett Beiner Photo

For the record, the rhyme is based on a minstrel song whose racist title Christie used for the original novel. (U.S. publishers retitled it "And Then There Were None.") Christie's stage version, whose ending differs from the novel, also had an offensive title subsequently removed. 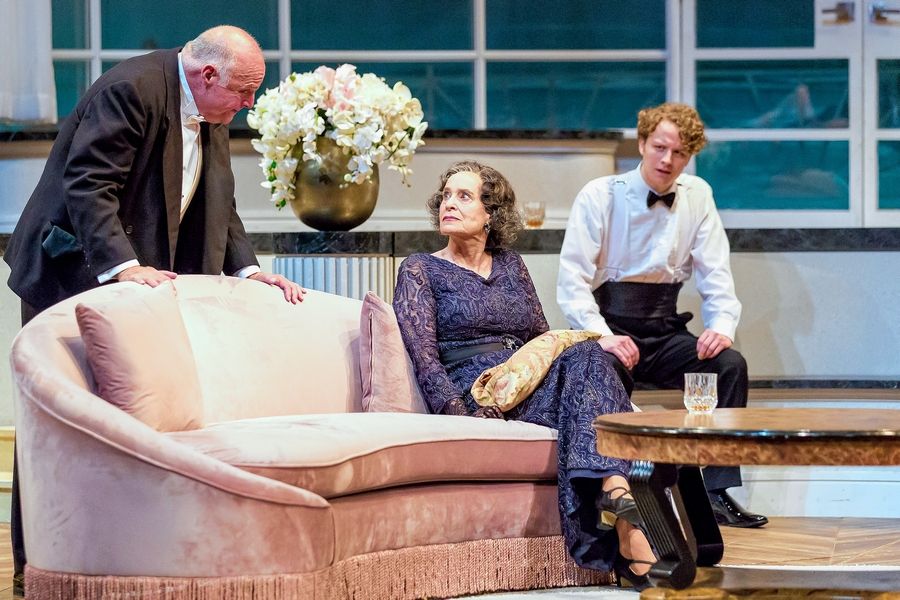 Sir Lawrence Wargrave (Matt DeCaro), left, Emily Brent (Marilyn Dodds Frank) and Zachary Keller (Anthony Marston) are the guests of an unknown and deadly host in Drury Lane Theatre's revival of "And Then There Were None" by Agatha Christie. - Courtesy of Brett Beiner Photo

The last of the 10 island inhabitants are Paul Tavianini's guarded butler Rogers and Jennifer Engstrom as his put-upon wife.

Well-acted, the production also reflects attention to detail evident in unspoken exchanges between characters that reveal almost as much as the dialogue, which is peppered with sexist, racist and classist references to women and indigenous people from developing nations.

Maybe the guffaws came from people uncomfortable with such cringeworthy sentiments. Kudos to Fisch for reminding us how laughable they are.